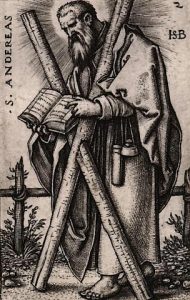 Saint Andrew Catholic community draws its identity and strength from the Eucharist as it grows in the faith through sacred worship, living the joy of the Gospel, and lifelong catechesis. The parish family, guided by the Holy Spirit and within the communion of the Catholic Church, serves as the light of Christ by practicing compassion, serving the poor and needy, and continuing the tradition of Catholic education in its parochial school. Saint Andrew Parish shares God’s love and mercy across inter-generational and multicultural lines, celebrates the diversity and gifts of its members, and always seeks first the Kingdom of God.